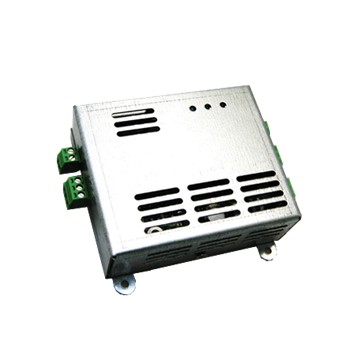 The system is based on two sensors (one is a semiconductor and the other a catalytic sensor) which give a fast response time, suitable for safety systems such as those used in ATMs.

The sensor ensures sensitivity to all combustible gases, in particular to the ones used to cause explosions, for example acetylene, butane, propane, hydrogen and methane.

TEC-AGATHA is immune to attempts of poisoning by oxygen.

The reliability of the alarm signal is guaranteed by two gas sensors appropriately calibrated, in order to have redundancy on reporting the alarm.

The alarm signal is controlled by a microprocessor that controls the analog voltage generated by the modules, in order to make compensation in temperature or humidity and detect any failures of the sensors or other actions.

30 other products in the same category :